Archive for the tag “peta cyber-bullying”

When unhinged people are tweeting out the most vile insults, lies, and accusations in your name, and you likely know it, what responsibility do you have to put a stop to that? This is a question PETA should be asking itself because this is exactly what has been happening on Twitter.

At this point I have lost track of how many new Twitter accounts have popped up in the past week targeting me and other Twitter users who are trying to spread the truth about PETA. New ones open, they get reported, Twitter mutes them so they don’t pop up in our feeds, and many are getting suspended. Mike Flynn, who has also been a target of this harassment, summed it up well today:

Friday tip: If you mention the very real fact that PETA kills many of the pets it takes in, you will unleash a visious twitter mob.

The tweets that have been aimed at those of us who are speaking out about how PETA has killed, and continues to kill, thousands of companion animals are pretty vile — fat shaming, LGBQT shaming, use of the word “retarded,” tweets of a sexual nature (including tweets of a sexual nature tagging PETA2, which is the PETA Twitter account for children), creepy “I will follow you wherever you go” tweets. And, my personal favorite, venomous accusations that I abuse my children and am raising them to hate.

So here’s the deal. You can argue that PETA can’t be held responsible for the tweets of their supporters. But this is targeted, nearly constant, harassment that PETA has been tagged in so you know they are seeing it. Any organization with any standards at all would have shut this down days ago by saying they don’t want this nastiness and cyber-bullying committed in their name. If anyone came to my “defense” with assaults like this I would tell them to knock it off, I would distance myself from them immediately, I would support the person being cyber-bullied — as would most people and organizations with any sense of ethics. But PETA, with their silence, is at least passively supporting this cyber-assault to continue — that speaks volumes about the depths to which they are willing to stoop to continue their killing.

So let’s take a look at some of what this person is tweeting out in PETA’s name.

We have fat shaming:

@mets333333 @peta dude is that you in the photo? Did you eat an elephant? Buddy heart attack right there! Wow!

We have anti-LGBTQ slurs:

@chelseahandler @custard_pie_ Hailey looking to play with Cathy? Interesting you're a carpet munch?

@gabrielmalor @Flynn1776 you meet each other in the bush behind the mayors office?

We have creepy stalker talking about the stalking:

@cathykaku1 @peta @peta2 FYI – you're missing so many – at least a dozen here and the possibilities are endless! Forever together! 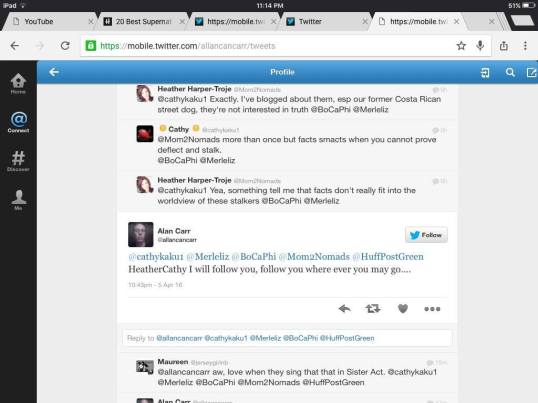 And the cyber-stalker ridiculing one of the people he/she is stalking:

@cathykaku1 damn those names are so fitting – describe you Carhy to a T @peta @peta2 @petauk what do you think PETA my love!?

These are only a tiny fraction of the tweets that are floating about, and there are others against people who likely had no idea what they were stepping into when they confronted PETA about their killing that I will not put here because the ugliness is unbelievable. Frankly, I don’t expect PETA to come to my defense, but the tweets I won’t put here are personal attacks, and have targeted someone who is young and should never be on the receiving end of this kind of nastiness.

Tweets of a sexual nature, including tweets that were tweeted at PETA’s account that is specifically for children: 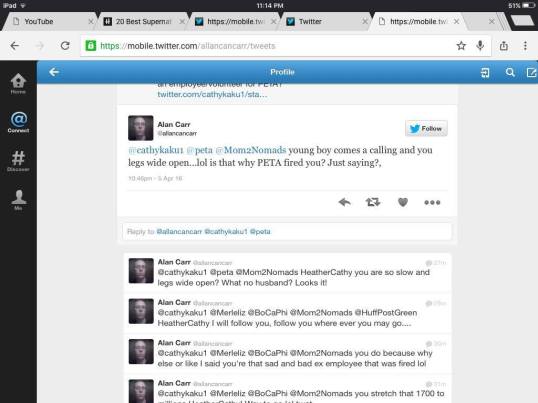 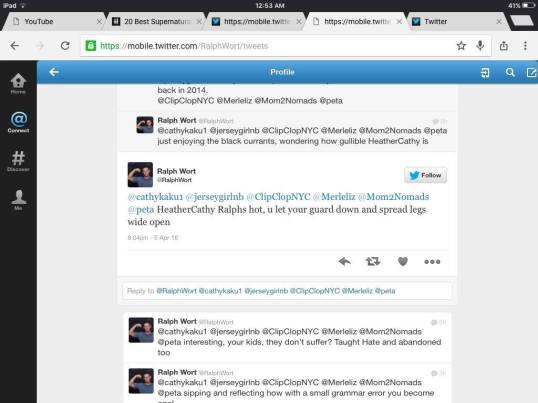 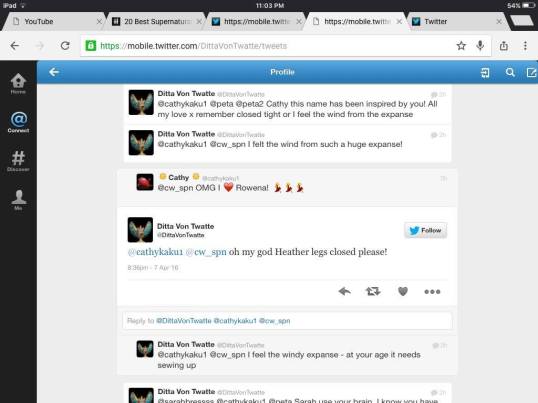 Tweets stating that I am abandoning and abusing my children: 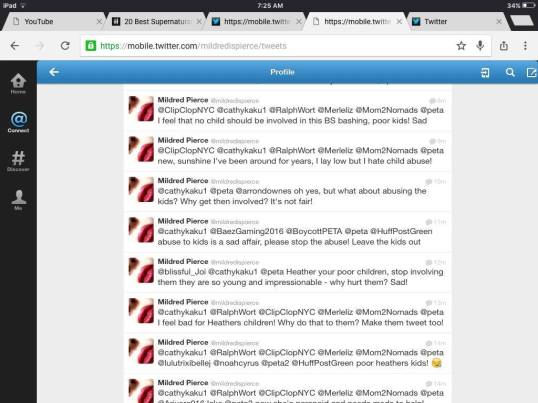 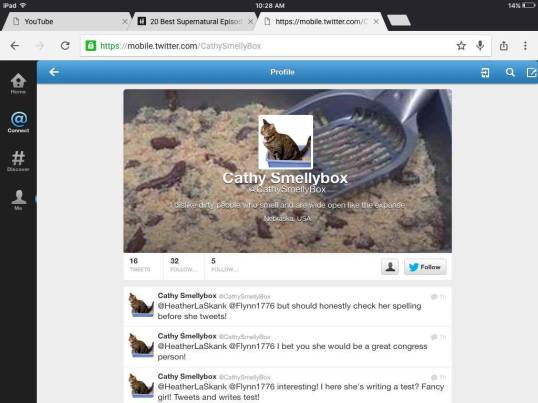 This tweet, by someone who has been tweeting with the stalker/s, seems to sum up their philosophy nicely:

There is no doubt for anyone who knows right from wrong that these tweets are reprehensible, reprehensible enough that I wonder about the sanity of the person who is writing them. But the larger picture is this: why is PETA silent about them? Even if they’ve only seen a fraction of them, that fraction is enough. I’ve only shown a fraction here — there are many, many more. What I’ve highlighted here displays so much hatred, so much venom, so much bigotry, so much misogyny, so many lies. But that’s okay, because it’s “no holds barred,” right? Is this what PETA believes? Why are they tacitly supporting this cyber-stalking and bullying? If you are on the side of right you don’t need to stoop to name calling, humiliation, and lies. So what does the fact that PETA is passively supporting exactly that say about them? There is as much truth in silence as there is in raising your voice. PETA is speaking volumes.

PS. I apologize for the screenshots with a lot of blank space, I can’t link to tweets from accounts that have been suspended and I just didn’t have time to edit the photos. But if anyone wants to know what the 20 best Supernatural episodes are, you can click here! Ya gotta have a sense of humor to get through it, folks.